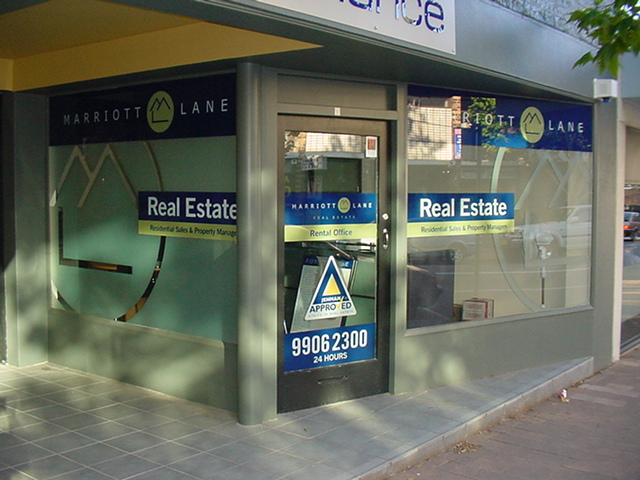 Today I’m celebrating the 25th Anniversary of Marriott Lane Real Estate. On the 1 July 1992, I opened the door to my first and only business – Richardson & Wrench Crows Nest on the corner of Alexander & Burlington Streets, under the Council Carpark behind Woolies.  Amanda found an ad in the Herald for “Real Estate Agency – Crows Nest, $48,000”.  It turned to be Richardson & Wrench Crows Nest, owned by Don Cirillo.  I had two employees who came with the business, 11 rental properties under management and two listings which had failed to sell at auction in June.  I had worked in the industry for about six weeks and completed a one week course at the REI, but didn’t qualify at this time for a real estate license.  It was a courageous decision as Sir Humphrey Appleby would have said.

It was tough for the first 20 years.  Running preciously close to insolvency and working 6 and 7 days per week for years.  Meeting Neil Jenman made a massive difference – his training made sense and set me apart from others, his love of books provided ideas and direction.  Gradually, everything improved and now I’m enjoying the business more than ever before.  I have a wonderful team of people working with me and they are mostly better at what they do than what I would achieve.  Our property management is growing at an ever increasing rate due to the brilliant people working to excellent systems, combined with their ability to convey this difference to potential clients. Yesterday, our sales team completed the company’s second best quarter ever.

I’d like to pay tribute to the many people who have worked with me along this journey.  Some stand out as being fundamental to the agency’s survival, reputation and success – certainly Stuart Howard who joined the office in 1994, Julie Green, Georgina Laurie, Melissa McLeod, Mark Hislop, Shivaun Harper, Karen Seskis, Carmen Schwabrow, Jodie Loveday, Rebecca Davis, Clarence White plus the longer-term people who are still with me: Matt Hanlon, Sally Campbell, Shant Komchian and Christine Chiara-Smith.

We’ve needed more accommodation over time, a bigger space at 42 Alexander Street, adding another office at 68 Alexander Street, then the move to 61 Alexander Street and adding the Artarmon office at 110 Hampden Road.  Coinciding with the anniversary is the completion of our renovations of the office.  It’s looking great.  Thanks to everyone, family, friends, business partners and suppliers, current clients and those who chose us to represent them in the sale or rental of the thousands of properties we’ve looked after over the years.  It’s been a great privilege. Should I spend money on my Investment Property?

Should I spend money on my Investment Property?